For this year, we stayed out in Independence instead of our usual stay downtown. We did not have to get up to early for the feis and we found one of our go to hotels at a very reasonable rate. When we checked in, the front desk staff offered us a area restaurant list that was 4 pages long… now thats what I am talking about. The list had some of the chains, a local Winking Lizard (I reviewed the downtown location in the 2013 Eats link above) and a bunch of stuff we were not familiar with. So overwhelmed, we just went down to the desk to ask for recommendations.

The nice lady at the desk checked off a variety, one of which was a grilled cheese restaurant called Melt. I looked at her with that ‘grilled cheese?’ look on my face and asked, do they have beer? Why yes, and its not just grilled cheese. Since my Winking Lizard recommendation was overruled by Mrs WTF and TGC, we headed towards Melt… at least they have beer. 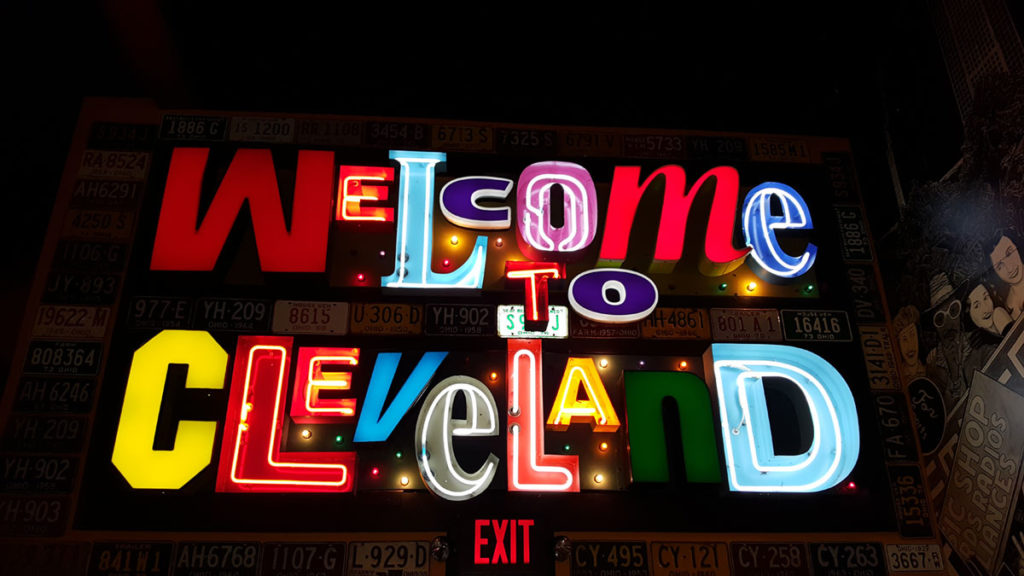 The sign inside, over the front door, in the waiting area 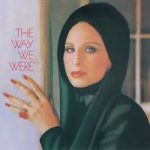 The album cover Mrs WTFs menu was on the back of…

We got there about 6pm and there was a 20ish minute wait. If we had waited another 30 minutes or so before arriving, we probably would have been seated immediately. Seemed like there is an after work rush, then it slows down. Greeted with eclectic decor, like neon signs, lighted plastic holiday yard decorations and lots of tvs with cartoons instead of sports, it had a 70s kind of vibe. This was confirmed when we realized the menus were on the back of 33 1/3 album covers. Mrs WTF had Babs (the one in the picture), and mine was Captain and Tenille. I don’t recall TGC’s.

They also had a separate menu with an extensive beer list, about 40 on tap plus more in bottles, but I am a draft guy. Also available a variety of mixed drinks. 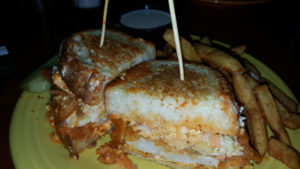 I was going to go for something other than grilled cheese, until I saw what they could do with grilled cheese. If I had to guess, I would say there are around 40 different ones available, and when I saw the buffalo chicken with blue cheese, I kinda knew what I was eating that evening (pictured). Mrs. WTF had an eggplant parmigiana and TGC had a chicken parmigiana sandwich, and they both ordered half a sandwich. I should have, I could not finish it all.

See their grilled cheese options and full menu here. Definitely worth a visit, or revisit! 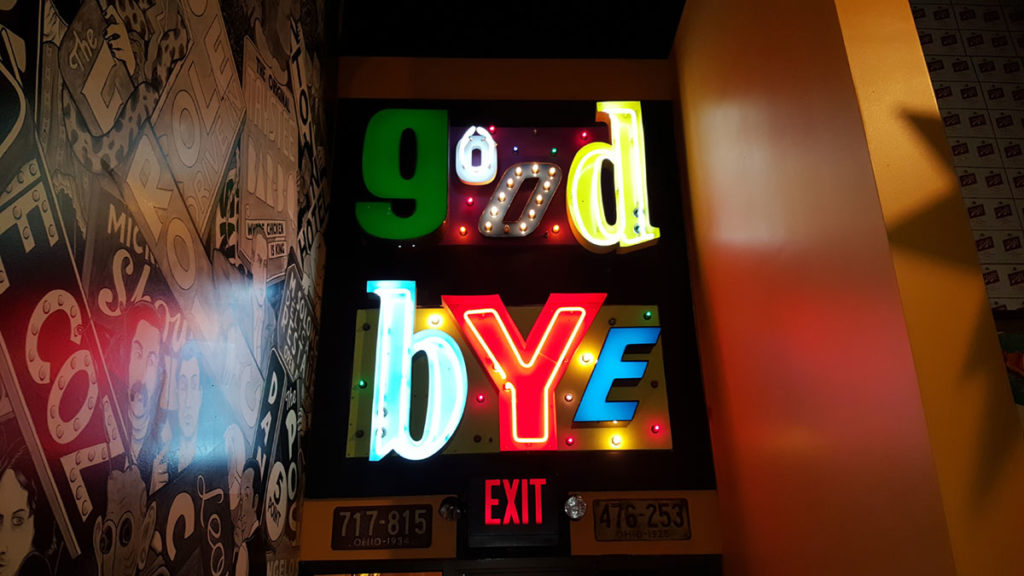 Cool sign over the exit at the rear of the restaurant.

Some friends of ours who both went to Case and were at the feis took us over there after the feis. Good food, and almost more than I can eat…but more than I should. Good beer selection, too.