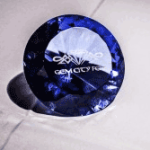 The Gem City Feis was held on October 11th, 2014 at the Dayton Airport Expo Center in Vandalia, OH (basically attache to the Dayton International Airport, 15 minutes north of Dayton proper).

This is the third review I have done for Gem City, but I have been to the feis numerous times. If you would like to review the previous reviews, see this page.

As I have said in the past, the Expo Center is a great venue for a feis. Lots of space, nice size stages, nice separation between the stages, etc… My big peeve with this venue is the assigned camping area. If I was to refer to last years review, I said:

…last year I also said “probably could have taped off a bigger area for camping then they actually did, since the camping filled up and became difficult to navigate in and out of, but the annoyance was minor” and maybe I was a little too subtle. There is a ton of open area that could have been used for camping, but they taped off the same inadequate area this year and people were openly irritated. TAPE OFF A BIGGER CAMPING AREA IN 2014 PLEASE!

Well that went over well… not. Same area as the past few years, too small, too cramped, too frustrating. I won’t ask for a bigger area for 2015 since past attempts have gone SO well, but if someone from the committee reads this, I actually have an idea on how to expand the area.

Next peeve for this year was the temperature. The PC/OC end of the venue was very warm, while the opposite end was almost chilly because they had opened two of the large garage doors on that end of the building.

Lastly, stages. Stage size was great with PC/OC stages being 32 x 32 or bigger, but stage condition was horrible. I saw numerous falls, one resulting in the dancer being carried off the stage and transported by wheel chair a little later. The feis committee mopped at lunch, and occasionally between comps, but it did not seem to help much. Stage 2 actually stopped comps and moved one of the floor panels after numerous dancers fell on it, including the dancer in the wheel chair.

Typical for Champs, three judges, all attentive and two of the them on our stage were not familiar to me, which was a nice change. The other thing I realized which has not been the norm for TGCs results, was that all three judges scored her evenly. Typically (it seems), TGC will do great with two judges and meh with the third. I always wonder how she can score so differently, but this time that was not in question. All the judges saw the same dance ;)

Vendors seemed lighter than years past. Balinvilla was there (sans George, but he is doing well according to Betsy), the wig ladies, the feis t-shirt guys, and one other t-shirt guy. No real Irish nick-nacks, no Irish M&Ms… TGC was sad.

Convention Center food, pretzels, pizza, salad and sandwiches. They did have a nice fruit and cheese plate which I thought a nice option. Drinks were also available, coffee, water, soda and beer. I thought prices were high however, $2.50 for a bottle of water and over $5 for a pretzel and soda. The fruit and cheese will set you back $9. My advice, plan ahead. There are options fairly close if you are familiar with the area and easy to find if you are not, so brown bag it ;)

Gem City does a nice job with the PC/OC results and have an area set off in one corner to do the presentations. The presenter gives plenty of time for pics and makes an extra effort to make sure everyone is done taking pics before she had the dancers bow.

The awards are gems, and all placers get one. TGC got a Prizewinner gem last year and scored a placement gem this year and I think the PC/OC gems are bigger. A little sad that there were no sashes because trying to wear your gem could cause significant bodily harm due to their size.

If there were any negatives about the awards (other than no sashes) it would be the area proximity to Stage 1 made it hard to hear the award announcements when Stage 1 was going at it. Secondly, they had a bunch of lovely pumpkins lined up right in front of the podium and although it looked nice, I think it made it hard for the winners to get up on the podium. Maybe next year, add some space between the pumpkins and the podium.

It took about an hour for results to come out after TGCs comp was done dancing, which is a bit better than average.

Feis Flow when things were going was not bad, and according to the stage estimator Mrs. WTF used, TGC was right on schedule. The ‘issue’ was the Treble Reels.

Scheduled to start during lunch, they were repeatedly delayed, and at one point they announced that it would be “AT LEAST 20 more minutes” before they started. If I had to guess, lunch on stage 2 started at 12ish and the Treble Reels didn’t go till closer to 130. If anyone has more exact info, please let me know.

Other than that, from my perspective, flow was pretty good.

Positives and negatives… venue was great, stages, not so much, awards were nice, flow had its hiccups, vendors were limited, food was pricey. I would place this around 6 or 7, your mileage may vary.

The 2017 was held at a hockey rink (I don’t remember the actual name of the venue), and it was fantastic for everyone except for some poor Open dancers who were stuck back in a tiny room. For the rest of us, it was such a pleasant change to have plenty of seating. The drawback was the flow. SIX HOURS from first to last dance for my daughter (novice). She literally had an hour between each dance. That made for a very long day, and also made it difficult to figure out when to eat, warm up, etc. Never been to such a slow feis. The next day went much more quickly, although it still took 4 hours. We were used to 1-1.5 hours, at the most, from first dance to last. Lots of parking. Food was not great. Lots of vendors.