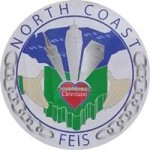 The North Coast Feis was held on February 7th, 2015 at the IX Center in Cleveland, OH. This is the second year we have been at this feis at this level, and the 4th (I think) time we have been to the feis.

This year was very much a repeat of last year, and I was thinking about just pointing you to that last review :)  Instead, I will quote that, and point out what might be different. You can read the whole review here.

The IX Center was OK as a feis venue. The PC/OC area was in the ballroom on the main level and was a good size room, but not adequate for the amount of people needing to be in there. read more

The Detroit International Feis was held on June 1st, 2013 at the Ultimate Soccer Arena in Pontiac, Michigan.