This is a follow up to a post I wrote last year, and some of the references may make more sense if you read that first. This is a bit more ‘story-tellish’ than most of my posts, and the story does not do it justice :) 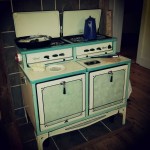 So a year after our discovery of a hidden gem in Montague, MI we returned to the Muskegon area for the 2014 Michigan Feis. It started with a Facebook message to Valerie, the proprietor, saying we were on the way. She let us know that she had other guests this year and that breakfast would be at 930. I replied that we would need to leave about 8 to get to the feis on time, and she need not worry about us, but shortly after, received a response saying we would not be leaving without breakfast, and that we could eat at 730. read more

The 2014 Michigan Feis was held on September 13, 2014 at Muskegon Central Catholic High School in Muskegon, MI. This is the 4th time the WTF famila has attended this feis, and honestly, it is one of our faves. Jeanette did an awesome job for the over all feis review so I will just be adding notes for some things she did not cover from a champs perspective or other items. I do suggest reading Jeanette’s review along with this one for the big picture.

One thing I do not think she mentioned is that each dancer gets a free ticket into the Michigan Irish Music Festival which is a savings of $15 to $20 if you are going to it, which I highly suggest. read more

The 2014 Michigan Feis was held on September 13, 2014 at Muskegon Central Catholic High School in Muskegon, MI. This is the 2nd time we have attended this feis, and we have had a very pleasant experience here both times. This review is mainly aimed at the Grades experience at this feis.

The feis was held at Muskegon Central Catholic High School.

Because this feis is associated with the Michigan Irish Music Festival, there was an admission fee for adults at the door (I believe it was $8/person), but dancers were admitted free. There was a bit of a bottleneck getting into the school because people were paying the admission fee, but those who checked in the night before at the feis hotel & got their admission wristbands paid for then were able to walk right in. We had not prepaid, but still waited less than 5 minutes to get in, which is quick compared to other feiseanna we’ve been to with a similar setup. read more

And now, there is a sequel visit… read about it here.

Up until now, I have not found any feis accommodations worth blogging about, I mean hotels are hotels right? Some are nicer than others, but generally, as long as they are clean, they are really all the same. But when we waited to long to make a hotel reservation, in Muskegon, the weekend of the Irish Music Festival and feis, I just knew we were going to end up in a hotel that was on the less acceptable end of  ‘really all the same.’  I have to say though, we stayed somewhere this weekend that we all liked so much, I needed to blog about it. read more

The Michigan Feis was held on September 14th, 2013 at the Muskegon Catholic Central High School in Muskegon, Michigan.

This is the second review for this feis. To see last years review, look here.

Venue – This is the third time we have done a feis at Muskegon Catholic and unlike some of the other feiseanna located in schools, we like this feis.

There were 4 stages in different areas of the school, 2 in one gym, 1 in the auditorium on the schools auditorium stage, and the PC/OC stage in another gym at the far end of the school. If by chance you had dancers on stages 3 or 4 and one of the other stages, especially stage 1 (OC/PC) you probably did not enjoy the layout as much, since dances moved quickly and it was a few minute walk between the stages. read more

If you head up to the Muskegon Feis I have to recommend an eclectic breakfast place we stumbled across called Toast N Jams. Retro styling in side, nice menu, great food and reasonably priced. One of those local gems you really oughta try.