The 33rd annual Columbus Feis was held on August 3rd, 2013 at the Dublin Coffman High School in Dublin, Ohio.

Editors Note: This feis is run in conjunction with, and across the street from the Dublin Irish Fest, but alas, I did not make it to that this year.

Venue – This is the second time I have done the Columbus Feis at the high school, the first being a few years ago before I started posting feis reviews, and to be honest, its not one of my favorite venues.

There were 10 stages at the feis, split into 4 different areas of the high school. 4 stages in one gym, 4 in another gym, the PC stage in the cafeteria and the OC stage in the Performing Arts Center (aka the auditorium). The areas were wide-spread and could be a few minutes from each other if you happened to have dancers on several stages. Travel was complicated because of having to travel through crowded school hallways. read more 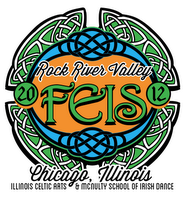