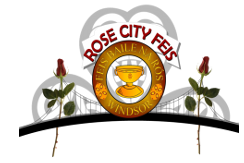 This was our first trip to a feis in Canada and we loved it. Everyone was very welcoming and made it a great out of region trip for our dancer – we’ll call her Alice. We were the only ones from our school and each one of us made friends from either the Midwest or Eastern Canada regions.

We did the Feis as a double Feis with Great Lake Feis. Now that Great Lakes is moving to July, we would pick Rose City if we were able to travel back to the area next summer.

I will be focused on the Grades (Novice and Prizewinner).

Before any specifics, the Venue itself needs some compliments. The Sportsplex is brand new. We stayed at the Waterfront Hotel and toured around Windsor Friday and Saturday evenings. Locals seemed excited to see us using the Sportplex for our competition. It lived up to everything they and the website advertised. The only problem we had was wishing we had printed out the driving directions. Not wanting to use International minutes on our smartphone, we hunted a while once we turned onto the St. Clair campus. Americans, print out the directions to the building – not just the campus.

Stages were a little slippery. Each stage had a tub with a wet towel. Lots of dancers that took advantage of it. Alice didn’t have any trouble but we saw some other dancers slip.

Downstairs was a little crowded but there were seats overlooking the stages. Our Feis Dad does not enjoy crowds. He enjoyed watching from above. I was able to leave Zuca, dress bag and everything else upstairs. Just carrying shoes and water made the crowds easy to navigate. There was always room stage side to see Alice compete.

Stage Monitors worked very well together. Lots of negotiating when dancers were split between stages. A stage would stop to wait on dancers every so often but Alice was still done with everything but Traditional Set before lunch. The Stage Monitor Teams made this work. It could have stacked up but everyone kept things moving. Not overly rushed but moving. We enjoyed seeing “Lunch” move up the board along with dances. Easy to see the lunch break coming on each stage. Nicely done!!

We camped upstairs. There were camping areas downstairs too. Seemed to be plenty of room for everyone.

Everyone made room for anyone wanted to move in to watch a dance on our stages. Everyone was very polite, friendly and well mannered. Canadians know how to do Southern Hospitality.

Coming from out of region, the medals were awesome. They were smallish but solid. Felt like a real medal. You could do some damage swinging it at someone. Alice has received little plastic medals before – this was a medal nirvana for her. Medals were engraved with no stickers. Very nice. I was told all Canadian medals are like this. Other regions should take note.

Results posted quickly. Alice’s Novice competitions were small so only the first 3 or 4 places were posted. There were ties so lots of medals to go around.

The times for the Traditional Set & Reel Trophy Specials were on a small easel near the entrance. During lunch break some of the families missed seeing it and were not present for awards. We almost missed it but another dancer told Alice it was time to go outside. The small easel got lost in the crowd flow going between food and checking results upstairs. I don’t think there was a 2nd times posting upstairs with the other results – that might help.

Tir na Nog was offered for U6. This was adorable to watch. There was no entry fee. I’ve seen First Feis offered before but this was even cuter. The older girls in the chairs had the biggest smiles watching these little dancers. The judge and stage monitor presented each little dancer with a stuffed animal after they all danced a short Reel.

Novice and Prizewinners were offered a Traditional Set and Reel Trophy Special. The awards were handled same as champs on the podium outside. This is competition practice for Novice and Prizewinner dancers in the Eastern Canada Region. The girls even made sure Alice knew when it was time to go out for the awards. They take it just as seriously as the Prelim and Champs.

Lots of parking. It was the weekend and the building is on the edge of campus. No parking fees.

Judges rotated throughout the day. One judge rotated with our dancers as they changed stages. On just one stage, Alice was judged by 4 different judges. I like the idea of rotating the judges instead of the dancers. Nice not to have to run back and forth between every dance. Fair amount of comments from each judge too.

Our main stage shared a musician with another stage. He had his speaker turned a little low for softshoe. Alice had a hard time hearing her Slip Jig music. Evidently the judge did too since she was not marked down for getting off time. The champs stage bled into ours occasionally. The musician turned up the speaker for hardshoe so it wasn’t a problem once they switched shoes.

We did not get food from the venue. I did see Aero Bars as a choice. That was a nice touch. We were full from our hotel breakfast and dinner in Winsor the night before. I’m glad we waiting until after the feis to try Poutine. Not sure Alice would have had any lift had we had it before the competition. No it was not sold at the venue (or if it was I didn’t see anyone with it.)

Alice was a little disappointed there was not a t-shirt vendor. We were told that was typical of Eastern Canada competitions. She wears her feis t-shirts to school and dance. She wanted to have one to show she competed in Canada over the summer. We did enjoy shopping with Gold and Shamrock. Alice finally got to see a pair of Ryan & O’Donnell Diamond Gel Pumps. (Maybe I should have called her Dorothy instead.) One Christmas (or Oireachtas) gift purchased. We purchased some candies that we haven’t seen in our region. Some of the in-region parents said there were not a lot of vendor selection. It was a different selection for us so we really enjoyed it.

There were some stops due to ages and levels split between stages. It seemed to be mainly when an age group was merged. The stage monitors worked together to work out stage conflicts and minimize changing shoes. We watched one stage monitor fetch the last competitor from the other stage for Alice’s Reel. Having seen this happen in other regions before, it was handled really well by the Rose City stage monitors.

Scoring seemed reasonable and fair to us. Curiously Alice scored better than some of her recent competitions in our region. She danced better too so it was nice to see her work rewarded.

Downtown Windsor was hosting Ballonapalooza on Saturday and Sunday. We recommend staying downtown and walking around to check out all the large balloons. Alice even found a Cheshire Cat. You can find photos of the Balloons on their website. A nice way to unwind after the competition. Once we were tired of exploring, we found a park bench along the Detroit River and enjoyed our burgers and poutine. Dessert was some of the chocolate from Gold and Shamrock.

We hope to make it back and recommend this competition to anyone who is up near Windsor in August.

What Did You Guys Think Eh?

We have participated in the Rose City (Windsor) Feis twice now and while each feis was a completely different experience, I have to give them both positive reviews.

Two years ago, the feis was held in a high school building. While the layout wasn’t the best, the volunteers were so welcoming that we were determined we would be back in 2014.

In 2014 the feis was moved to a sports complex that was just the right size for the event without having to frantically search for our stage as we have sometimes had to do at other sports complex buildings. The stages were well maintained and ran very smoothly. Results were fast as they were the year before. The only complaint I have it that the grades results were posted on a wall in a narrow hallway. This was not ideal due to crowding issues making it hard to navigate back and forth.

One of the grades specials was a reel/traditional set special that was conducted in a way that was similar to a champ competition, with the exception of there being one judge rather than three. The dancers did both their dances and reported to the podium area at the announced time. The top dancers were called in reverse score order with 1st, 2nd and 3rd on the podium. While my dancer wasn’t one of the top dancers in the competition, she had fun. Because she was getting ready to move up to prelims, this was also good practice for her.

If you need to be near your dancer during the competition (my dancer likes for me to watch her dance from behind the judge), I would recommend bringing a folding chair to sit on as seating is limited. If not, you can also sit in the stadium area upstairs as my husband did.

Food was reasonably priced and they except U.S. currency, so there is no need to exchange money before arriving (as per the law, you will receive change in Canadian currency). There were also plenty of non-food vendors.

We do a lot of feisanna each year (20 or so) as we enjoy traveling (a lot) and try to find a feis wherever we are going, whenever we can.) . While this feis isn’t held in a fancy report or in an exotic vacation venue, it is one I still recommend without question.

I agree that this is a very well run feis. It’s on the smaller side, but not in a bad way.
We made a vacation out of it, and am so glad we did! There’s much to see and do in Windsor and the surrounding areas. Definitely worth the trip.
We missed a dance because of a breakdown in communication, but part of that might have been our fault, so it won’t prevent our return.

We too have come to the Rose City feis twice, the high school venue as well as the Sportsplex. The first time we banged our way from Cleveland early in the morning and almost missed our reel. The border wasn’t bad, it just took longer than I thought. This time we stayed in student housing (a dorm) on campus. This was very reasonably priced, like 20 years ago rates, and clean and comfortable. It made our experience more enjoyable. The folks in Windsor do a great job, and I agree, Windsor and surrounding area is nice to visit. I checked out the ferries for a fun return to Sandusky, Ohio, but they didn’t jive with the feis schedule. But I did learn that new ferries and docks are being built. It’s fun for the kids and adults too, if you have the time and a little spare cash. Sláinte.